Help Through the Coronavirus Restrictions

An elderly couple were referred to Age Connects Morgannwg, one in their late 80’s and one in their 90’s. They were very independent, always used to doing everything for themselves. They had no family living locally that could help them at this time, and both were so vulnerable. They contacted Age Cymru who referred them to Age Connects Morgannwg. When they spoke with the couple, they were so relieved to get some help. The first thing they did was to send along a staff member to explain how everything would work and see if there were any issues that needed to be sorted before they sent a volunteer. They were so pleased that they were going to get regular support for the time they were advised to stay at home.   Once everything was agreed, they sent along one of their volunteers, Clare Davies, who has been a great asset to them at Age Connects Morgannwg and to the clients she is supporting weekly.

“I volunteered to help with Age Connect at the peak of the Corona virus when the elderly and vulnerable were advised to self-isolate. 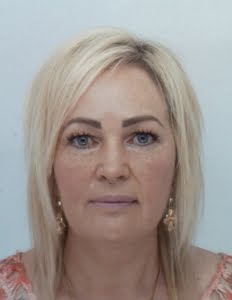 I was lucky enough to be placed with a lovely local elderly couple to do their weekly shop.

Over time we’ve built up a bond based on trust and friendship which I realise is so important when you’re vulnerable and reliant on strangers. Not only do I feel a sense of being helpful physically for them, I’ve come to realise that this interaction we have at the end of each shop is just, if not, more important.

I thank Age Connect for giving me the opportunity to do something worthwhile for the elderly in the community in such surreal times.”

Our thanks to Age Connects Morgannwg for providing this story